Our beer is inspired by Norfolk County. 
You will be, too.

At Ramblin’ Road, we take our role as Norfolk County’s Official ‘Ambeerssadors’
seriously. In addition to our premium beer, there’s so much waiting for you to
discover here in Ontario’s Garden and along the shores of Canada’s South Coast. 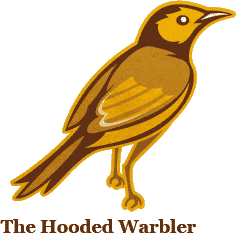 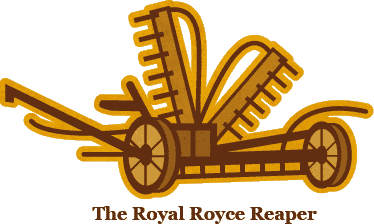 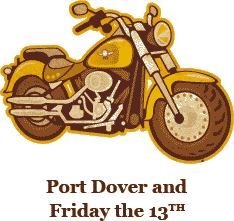 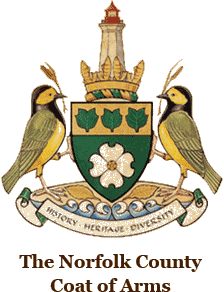 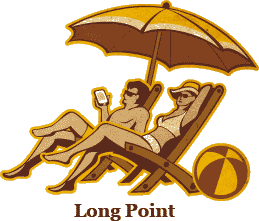 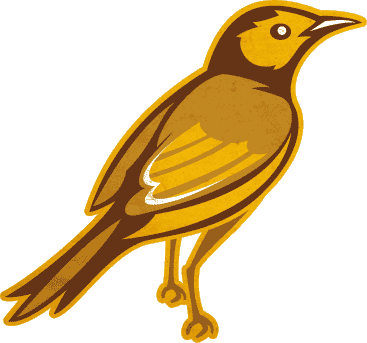 Norfolk County’s Carolinian forests are home to one of Canada’s most inspiring birds – the hooded warbler, to which the County pays homage on its coat of arms. In the early 1990s, habitat loss had caused Canadian numbers to decline to only a few dozen breeding pairs. But conservation efforts have helped these charismatic chirpers rebound to an estimated adult population of over 1,500 birds.

If you’re out and about in the woods during the summer, keep an ear out for the “hoodie’s” unmistakable song which goes a little something like this: “wheeta wheeta whee-tee-oh”. Don't try making that noise in town. Folks might get the wrong idea.

The Royal Royce Reaper was one of the most significant agricultural innovations of the 19th century, the first mechanical harvester made specifically for grain. The Green Brothers, who had expanded their thriving foundry into manufacturing farming equipment for this booming agricultural area, first produced the Reaper in Waterford in the 1870s. It soon won awards at fairs and expositions all over the world. At its peak, the Greens were producing 300 Royal Royce Reapers a year, and progressive farmers of the day could own one for just $100! And in related news, Norfolk County experienced a distillery boom right around this time. You can see one of these amazing machines at the fascinating Waterford Heritage & Agricultural Museum.

Nestled along the shores of Ontario’s South Coast, Port Dover is a lovely spot that serves as a commercial fishing port, destination for recreation, food and culture and quiet bedroom community for families and retirees. The beach is pristine, the restaurants and cafes offer outstanding fare, and the Festival Lighthouse Theatre plays host to a growing repertoire of productions.

But at least once, and sometimes as many as three or four weekends a year, Friday the 13th rolls around and Port Dover becomes magnet for motorcycling enthusiasts from all over. The tradition began somewhat spontaneously back in 1981 with a sizeable contingent of riders. Today, it has grown to become a spectacular, fun-filled weekend-long event that sees literally thousands of motorcycles, from basic to mind blowing, parade through town.

The Norfolk County
Coat of Arms 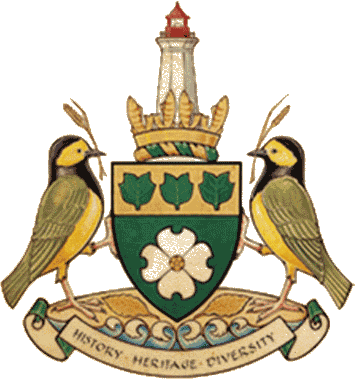 This intricate Coat of Arms was adopted way back in 2005 amd unveiled at the annual Mayor’s Levee in Simcoe. All of the various elements were chosen to capture this unique area’s history, spirit and harmony with nature: the green-and-gold primary colours to pay homage to agrarian roots; the Long Point Lighthouse, the area’s most famous architectural landmark; the eastern dogwood flower and tulip tree on the crest which are found in the area’s lush Carolinian forests; the hooded warblers found nowhere else in Canada, feeding on the grains of “Ontario’s Garden”and standing upon the water, sand and leaves of tobacco. The words in the motto, “History Heritage Diversity”, inspire the work we do at the Ramblin’ Road Brewery Farm. 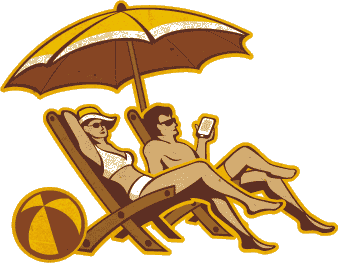 Long Point is a 40-kilometer (about 25 miles for you imperial folks) peninsula, or sand spit, on the northern shore of Lake Erie, about 30 minutes south of the Brewery Farm. It was carved from massive glacial shifts during the last Ice Age, and continues to physically evolve with the forces of wind, water and erosion. The Long Point Lighthouse, built in 1916, is perhaps Norfolk County’s most famous landmark. Long Point’s marshes and forests form an essential migration route and breeding ground for hundreds of bird species, many of which are rare or threated; the Long Point National Wildlife Area was designated as a UNESCO World Biosphere Reserve in 1986. The tradition of conservation goes all the way back to the 1860s, when the Long Point Company first purchased Crown land and vigorously worked to protect the area’s natural treasures from encroachment demands brought on by the growth of major cities around the shores of Lake Erie.